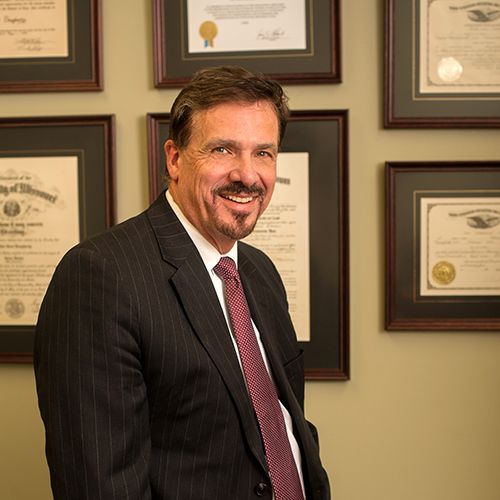 Ed Dougherty is 63 years of age and has practiced as a trial lawyer for over 38 years. He is a lifelong resident of Kansas City, Missouri.

Since becoming a member of the Bar in the Fall of 1978, Ed Dougherty has tried over 250 jury trials in various jurisdictions across the Midwest. His trials have included vehicular accidents, premises liability, product liability, and medical malpractice. Ed Dougherty is a member of the Association of Interstate Trucking Lawyers of America and has handled and tried several vehicular accident cases involving semi-tractor trailer rigs. For over 25 years, Ed Dougherty has been rated by Martindale-Hubbell, a prestigious legal publication, as an AV Attorney, the highest rating available.

In addition to a civil trial practice, Ed Dougherty for the last seven years has donated his time to CASA (court-appointed special advocate). This involves the representation of abused and neglected children as a Guardian Ad Litem in the Greater Kansas City Area. Ed received the 2010 and 2015 Volunteer Attorney of the Year awards.

Ed is married to April, has four grown children scattered throughout the United States, and three grandchildren. He enjoys travel (recently to Europe), biking, tennis, and associations with good friends. Ed is active in Heartland Community Church.